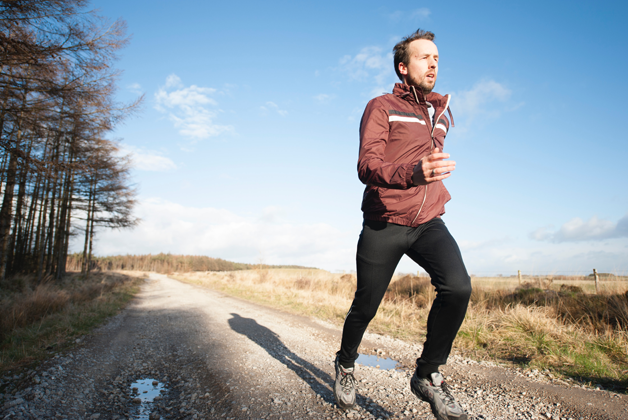 Running in the morning to lose weight is considered one of the most effective and healthy ways to combat excess weight. Doing this simple exercise, you release a lot of energy, burn extra calories, saturate oxygen to your blood circulatory system and eventually significantly improve your health.

In the first place running in the morning activates almost all the muscles in your body and also during the run increases your heart rate, which leads to an active fat combustion process and trains your heart.

How to run properly to lose weight?

Of course, running for weight loss – it’s not a fast diet when you can lose 22 pounds per week. You should tune in, that the positive result is possible only when regular exercises, but early successes will appear not earlier than one month of regular running. However, the fact that the expected result will justify all the efforts made, no doubt.

The most optimal time to run it is from 6 to 8 am. Why it is the time for running? In the morning our body’s supply of carbohydrates, which we had eaten the previous day is minimal, so while running will be spent that reserve carbohydrate, which we ate over the past month.

The first time, exercise shall not exceed 15 minutes. Run at an average pace, because that the most beneficial effect on the entire body, not citing fatigue, and at the same time helping to burn calories, excess fat, and speed metabolism. Start with running 2-3 times a week, gradually accustomed themselves to the daily running lasting no less than an hour.

Before and after running is recommended to measure your pulse. Effective physical activity is one in which quickens the pulse of 120-130 beats per minute. In general, increased heart rate after running should not exceed 60-70% of the initial heart rate (measured before exercise). Indicators of the pulse should return to normal within 30 minutes.

How to breathe when running

Need to learn a special breathing technique. During physical stress, the body needs a lot of oxygen. The nasal canal is too narrow to inhale as much air as you want the body when running. Therefore, breath through your mouth it is normal, just make sure your exhalation is longer than inspiration.