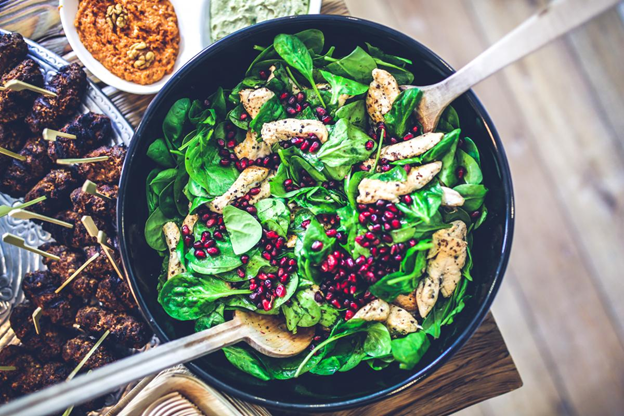 Out of all the Super Foods that we take, I can say that green foods are my probably my favorite. Why? For several reasons, for starters, I can actually feel the energy that they imbue in my body when I take them. Secondly, since I am a big fan of detoxifying my body on a continual basis, they do a great job of cleansing the lymph system and removing toxic chemicals from the body’s cells. Another reason that I love green foods so much is that I simply love the taste.

I normally drink my ‘greens’ by mixing them in with fresh organic juices that I mix together. The taste is amazing, I like to say that it tastes like you are drinking the blood of the earth. In fact, green foods like barley grass, wheat grass, spirulina, and blue-green algae have super high concentrations of the phytochemical chlorophyll which is the equivalent of hemoglobin that is found in red blood cells. Chlorophyll is the natural plant pigment that gives grass, plants, and vegetables their color.

You can actually taste the cleansing effect that these high concentrations of chlorophyll have on eliminating bad breath and foul internal odors, which the therapeutic effects of chlorophyll is known for. Wheatgrass is one of the best sources of living chlorophyll. Since chlorophyll is also known for its immense potential to prevent many types of cancers, you can see why consuming wheatgrass is so highly recommended.

Other great health benefits that come with taking green foods (aka young cereal grasses) are the wide variety of essential vitamins and minerals that have tremendous healing and preventative capabilities. For example, wheat grass has been used as an alternative therapy for chronic diseases for decades.

Barley grass has been commonly recommended by persons who study natural healing techniques. Green foods are also known for their blood building and blood regeneration factors, as well as for their nourishing and purifying of the liver and kidneys due to their high chlorophyll, antioxidant and phytochemical properties.

I buy my green foods in dried powdered form (which is the common form they are sold in) so it easy to mix them with fresh organic vegetable and fruit juices. Green foods like barley grass and wheat grass are young cereal grasses that are known for their rich green color. It’s interesting to note that barley and wheat grass in their early stages are closer to vegetables than grains in composition. The nutrient profile of these young cereal grasses is similar to those of the most nutritious dark green leafy vegetables.

There are obviously so many reasons that you should be adding ‘Green Foods’ into your diet if you haven’t already. Green foods have been an essential part of human beings diet for thousands of years, and I am sure they will be as long as we continue to inhabit the earth. Maybe the reason why I love green foods so much and that they are the earth’s true Super Foods is that it’s built into my DNA, who knows? Oh yeah, Green Foods are known for their ability to inhibit certain DNA damaging chemicals, as they say, listen to your body.